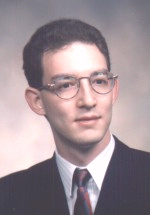 I started my professional career over 25 years ago with a Swiss bank apprenticeship, which, in retrospect, was a great foundation to build on. Apprenticeships in Switzerland were great then and are great today. I then moved into securities and currencies trading with a mid-sized but highly innovative Japanese brokerage firm. Japanese securities were all the rage then, and I had a great time. I did academia as a mature student, graduating from Purdue (the U.S. tech school) and LSE (the U.K. social science school). I enjoyed my time in Poland where I consulted the government on higher education funding. Subsequently, I had an interesting stint in the Swiss Federal Government with responsibilities in multilateral finance. I co-lead a small family business before starting a good 10-year run with a leading Swiss financial group with over CHF 50 billion under management. I left as the Group's Risk Officer on a planned longer sabbatical to the "Cradle of Humankind" in Africa.

Swisscanto Group manages assets of CHF 50 billion and is owned by the several cantonal banks of Switzerland. I held various positions within the Group starting as Project Manager in the Products Department. Eventually, I was promoted to Head of Information and Data Projects and subsequently took on new tasks as Deputy Head of Business Development for the entire Group.

At the end of my career at the Group, I held the newly created position of Risk Officer with the following responsibilities:

I held public office under the Swiss Confederation at the Federal Government's Department of Economic Affairs. As Desk Officer I managed the Government's relationship with the European Bank for Reconstruction and Development, the International Finance Corporation and the Multilateral Investment Guarantee Agency, the latter two members of the World Bank Group.

I was involved in the following work at the Department:

I worked for the Polish Ministry of Finance as a resident advisor/consulting economist under Under-Secretary of State Dr. Krzysztof J. Ners, involved in the following projects:

Thank you for your interest.

An eight-month visual investigation by The New York Times concluded that the perpetrators of the massacre along Yab… https://t.co/HJZixbdbsh

@Martinnkaaaa 93rd Mechanized Brigade of the ZSU did not participate?

Fossil fuels will never be exhausted. Huge quantities of untapped gas hydrates on Earth and beyond: http://t.co/iGmwAXwFE2

Coronal Mass Ejection (CME) in July 2012 at least as strong as Carrington Event of 1859: http://t.co/C17sgHSqLe http://t.co/KPGikMDXJl